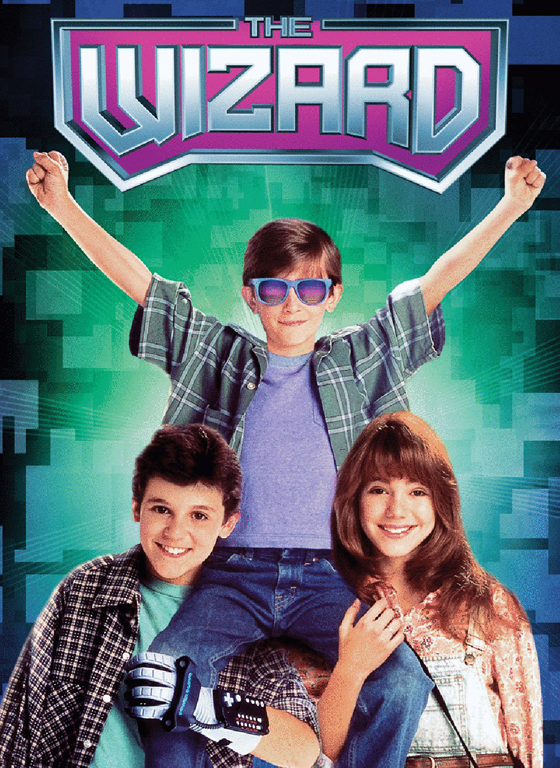 Welcome back to OMGVGM Reviews (that is to say OMG, Video Game Movie Reviews). This is the article series where we look back and review the rich catalogue of video game inspired movies.

Today’s title isn’t based on a video game, but I can’t resist covering it as it is all about video games, and pretty much a giant commercial for them. Today, I’m reviewing 1989’s oft mocked, kind of beloved The Wizard. I found this movie casually flipping through Netflix, and can’t help but recommend you check it out.

The Wizard easily fails any traditional movie metrics you might try to measure it by. The plot premise is ridiculous and yet incredibly dull. The acting is over-the-top and ugly. The characterization is heavy-handed and unrelatable. I can’t be bothered to go over these problems in-depth. Instead, I’ll indulge myself in reliving the magically video game-infused plot for amusement. I doubt you’ll be able to stop yourself from watching this movie after hearing what I have to say, despite the score I have to give it.

Little Jimmy’s experienced some trauma in his life, and these days he’s acting pretty autistic. One of the few things Jimbo can manage to spit out is “California,” so that’s where his brother Corey (played by Fred Savage) is going to take him. The two run away with only a few bucks in their pockets and a dream in their heads. They soon meet-up with Haley, a know-it-all and Hermione Granger’s apparent character mold.

It’s soon discovered that Jimmy’s a natural at video games. More than that, he’s… a wizard. The kids decide to travel to a video game championship and get Jimmy to win them $50,000. Thus the cross-America wild ride is born. What ensues is a typical road trip movie filled with chases and weird encounters. Meanwhile, a host of adults make the effort to track the kids down.

To make the money needed to get around, the kids hustle people in arcades by gambling on Jimmy’s skills. We see the wizard annihilate all comers in games like Double Dragon and Contra. Meanwhile, Jimmy’s dad is seduced by the likes of Zelda II: The Adventure of Link.

As the characters near the tournament, “Video Armageddon,” they begin heavy study of the art of video games, or NES games anyway. The actions of the characters imply that they know the tournament will be NES only without ever discussing it (and it ultimately is). There’s a sly implication that the only kind of games are Nintendo games.

Jimmy is set up on PlayChoice-10 arcade machines, allowing him to practice the NES versions of many games without an actual NES. Meanwhile, Haley calls a service reminiscent of the old Nintendo Hotline to get all the info she can. I recall this service costing quite a lot and she must have been on it for hours, but maybe Jimmy was really scoring big.

Frankly, every video game reference in the movie is astounding. It’s irrelevant how much of an ad the entire thing is. For old gamers, it just feels like a series of shout-outs to old favourites. The famous highlight of the film comes when our heroes encounter another video game expert, one who claims to know all 97 of the NES’s games (I’m sure the system had far more than 97 by 1989, but I digress). This kid, Lucas, has henchmen who I assume follow him around out of respect for his mad skills. As Lucas is getting ready to face off with Jimmy, one of his henchmen carefully opens up a suitcase to reveal a Power Glove inside. Lucas fits it on and states “I love the Power Glove. It’s so bad.” Glorious. Of course, aided by the power of the glove, Lucas immediately aces Rad Racer and Jimmy runs away in terror. Editor’s note: The actor who played Lucas grew up to be a sex offender (seriously).

The epic climax of the film also warrants a mention. In the pinnacle of product placement, the final game of the tournament is to be one none of the kids have played before. It’s Super Mario Bros. 3 (technically the game was out in Japan at the time). Luckily, Jimmy’s got his friends to scream at him advice that only an import gamer would know. Haley has advanced knowledge of warp whistles and their placement, but since her character is dirt poor I doubt she brought a copy over from Tokyo. I can only ascribe her awareness to prescience.

The Wizard is a terrible movie. Here is a film built from the bricks of the schmaltziest cheese the 80s had to offer. Children with rough lives must endure the hardships placed upon them by roaming bands of normals while they try to play as many video games as possible. Everything about its plot is clichéd and contrived to be either sappy or an advertisement. Every moment of the acting is awkward and forced. No scene is un-ironically good, but the whole thing might just be irony’s finest partner.