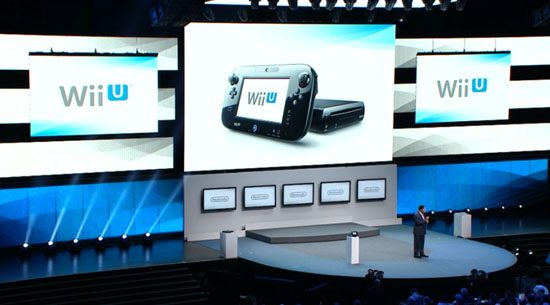 Nintendo’s 2008 conference is remembered as one of the weakest in E3 history. Despite Wii’s industry-changing success, it was evident that year that Nintendo had failed to reinvest its success, and we were shown little more than a sad retread of Animal Crossing, and the embarrassing Wii Music.

Nintendo’s E3 2012 conference didn’t include anything so bad as the flailing Wii Music demo, but its dull lack of surprises and focus on family gaming were disturbingly reminiscent of that year. In 2008, Nintendo was already riding high on the Wii’s success, and was able to withstand a weak showing. In 2012, the company is just gearing up to launch a new system, and the absence of hype from this year’s conference could be devastating.

The show opened strong, first with Miyamoto demoing a beautiful Pikmin 3 for Wii U, then New Super Mario Bros. U premiering a few minutes later. I’m anticipating both games, but we’ve known about them for so long it was hard to get that excited.

Despite claims that 3rd parties were finally getting friendly with Nintendo, little of interest was shown from outside devs. Aliens Colonial Marines should deliver, but Gearbox is one of just a handful of studios apparently putting in a whole-hearted effort for Nintendo.

Ports of old (or what will be old) PS3/360 games like Darksiders 2, Ninja Gaiden 3, Batman Arkham City, and Mass Effect 3 might feel new to the most die-hard of Nintendo fans, but such games are not conference worthy, not when Nintendo is trying to build hype for a new console.

As with Sony’s conference, Ubisoft provided some much needed quality software at Nintendo’s show. Assassin’s Creed III and Rayman Legends both look spectacular. Wii U exclusive ZombiU was shown in concept video form only. It’s not much to go on, but I have to give props to Ubisoft for sticking its neck out and giving the new system something original. The game’s ability to zombify players’ faces also provided some decent humour, with Reggie really getting into the mechanic.

I was also impressed with Lego City Undercover, which appears to be an elaborate open-world game with complex Prince of Persia style platforming, stacked with storytelling and charm.

Sadly, nothing beyond the conference’s opening moments managed to reignite my interest in Wii U. Karaoke game SiNG was just embarrassing, and even though I’ll probably end up getting Wii Fit U, I can’t muster any real excitement for it.

Scott Moffitt was brought on to briefly talk 3DS software, and his quick coverage of New Super Mario Bros. 2, Paper Mario Sticker Star, and Luigi’s Mansion Dark Moon gave me more to be pumped about for the handheld I already have than everything that was shown for Wii U.

Nintendo’s conference also, devastatingly, ended on a profoundly low note. An extensive demonstration of Wii U mini-game collection Nintendo Land was given, which is supposed to provide the Wii U’s launch with its own Wii Sports. The game will include 12 attractions themed around various Nintendo universes. I won’t fault Nintendo for making such a title, I’m sure it will be great for attracting casual Wii gamers, but the volume of time devoted to showing the shallow game only served to emphasize how little first party content Nintendo has ready.

In his closing statements, Reggie teased “one more” thing, and for a brief moment I thought we were going to get a glimpse at Zelda, Smash Bros., Metroid, something, anything to prove Wii U will be worthwhile. Sadly, all he gave us was another clip of Nintendo Land.

E3’s not over yet. In fact, the actual expo part of the expo has only just begun, and Nintendo’s Software Showcase tomorrow promises to provide more details on 3DS’s upcoming line-up. I’m not ready to call E3 2012 just yet, but as far as the conference portion goes, this was Nintendo’s to lose, and they did so in spectacular fashion.